Symbols are more than just a way to signify an alliance or a person’s coolness. Symbols go back to the early days of man – used to convey the unconveyable. Symbols are the outer things that speak of our inner experiences, whether spiritual, superstitious, our thoughts, or feelings. And 29 Spiritual Symbols that I’ll mention in this article, are still being used now and in more ways than ever to relay what there aren’t words for.

Why Are Symbols So Powerful?

The inner-world is one that anybody can experience but not many can explain. Some do a better job at it than others. But at the end of the day, our inner experience is really one that’s unexplainable with our spoken languages.

Symbols have become a powerful and effective way to relay spiritual messages. This has been done in parables and through images. Sometimes this is done with good intention, but not always.

Symbols can also be an effective way to control others without their knowing. Just think of unhealthy products that are marketed to us but people still buy anyways.

We all know what the symbols for popular fast food, junk food, alcohol, and tobacco companies look like.

In a way, we can look at all imagery as symbolic of something inside of us. It is all truly a reflection. This is why symbols with spiritual significance are a main stay and not just a consumer trend.

For example, what does a lotus flower say to your inner-self? How about a heart or an eagle?

Below we’ll take a look through spiritual symbols that have stuck with us through the centuries and still serve us in powerful ways today. 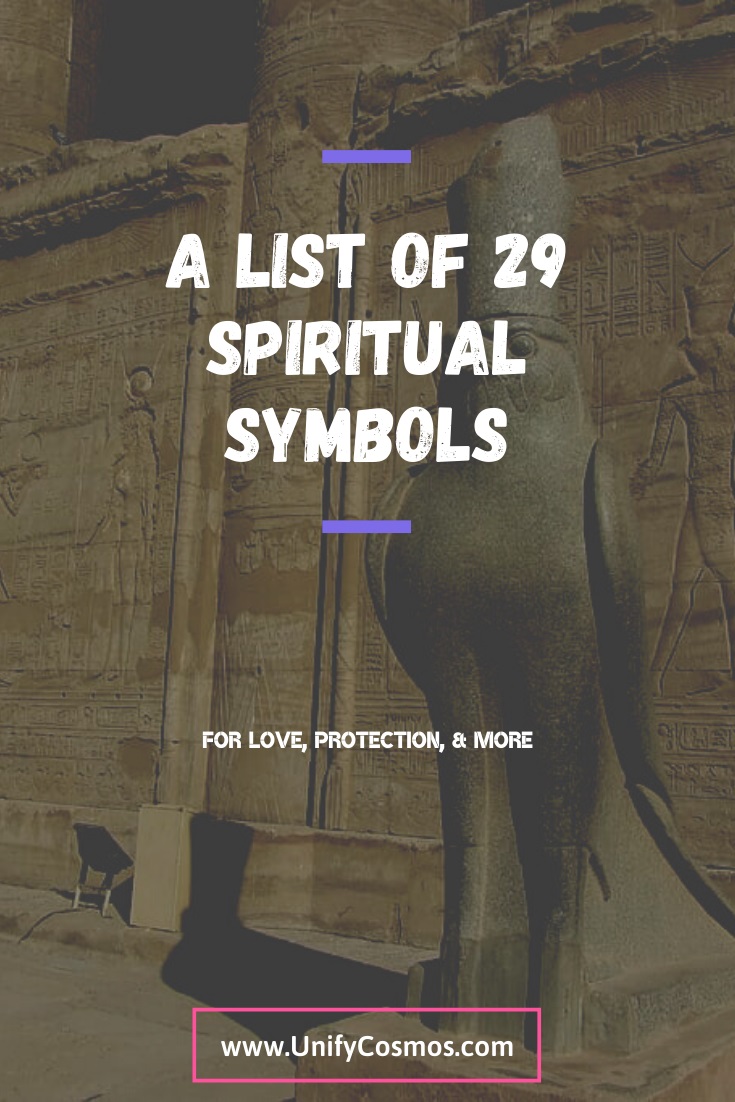 Spiritual Symbols For Just About Anything

No matter what it is that you are trying to say through symbols, you’re sure to find the right spiritual symbols for just about any purpose.

The symbol that you use to relay a message will be dictated by how that image is received in your culture. A good way to understand this is to notice the thoughts and feelings of the image that are stirred up within yourself.

Above are the most common 29 Spiritual symbols that you are bound to come across while searching for ways to send messages that you just can’t find the words for.