To look up into the air and not admire birds with some kind of awe is difficult to do. They seem so light; so free. We yearn to soar in our own lives, so we observe our feathered friends with admiration. When the burden seems heavy for us humans down here on land, it makes sense that we’d want to become like the birds that represent freedom, and take flight from our problems.

When we stop to ponder birds, feelings of admiration and contentedness strike us right in our center. That’s because the bird reflects back to us our own true nature: freedom.

In myth, folklore, and religion across the world; birds share a commonality in that they’ve come to symbolize a deeper meaning for us humans. From the bad luck of the crow, to the wisdom of the owl; no other meaning has been as widely prescribed to birds as representing freedom.

Birds seem to do what they want and go where ever they please: land, air, and water. Some, like the hummingbird, can even fly backward. Birds that represent freedom soar through the air with ease, their vantage points from the sky giving them higher perspectives.

The bird is not a limited creature by any means. And because of this, they are seen as messengers between the heavens and the earth—as they are portrayed to be in the Bible—each carrying with them a powerful meaning and spiritual lesson.

Birds, in general, serve as a symbol for freedom – the way that they zip around in the sky and sing cheerfully from the trees. Below are some of the main birds that have come to represent freedom over the centuries.

You can also learn more about Spiritual Meaning of Birds in the Bible here.

The eagle is by far the head bird that represents freedom in the minds of many. It’s a staple character in the Bible, and has been adopted by the United States–“The Land of the Free”–to represent power, strength, and most of all: freedom.

When Europeans had claimed the content, America wanted its freedom from their British rule. This movement – and the vision for a new country – was highly inspired by the Roman Republic, which used the eagle to symbolize its power. The eagle in the United States has represented to its people an independent and free spirit since the country’s establishment.

In the Bible: the eagle is portrayed as strong, courageous, powerful, renewed, and reborn. The eagle is a brave bird, taking flight, and soaring gracefully. There is much to be admired of this bald-headed creature. 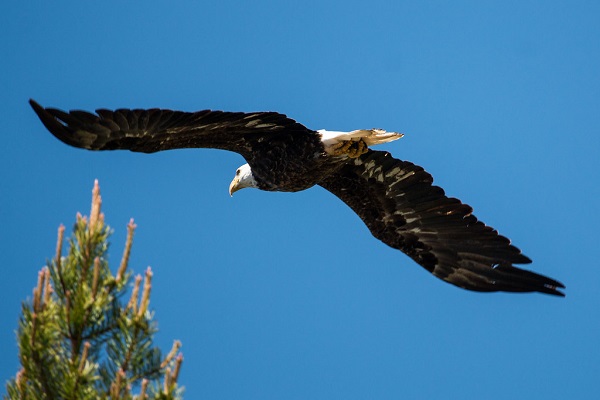 The canary is another bird that represents freedom. While not all of the canary’s meanings are seen as positive (like the spreading of gossip, for instance), its good meanings far outweigh the unpleasant.

The canary is viewed as a happy bird, who is not bound to the egoic self. Therefore; the canary symbolizes freedom, joy, well-being, and selflessness. The canary is truly free from itself or any of the typical bothers.

But, conversely, if the canary is caged it would represent being trapped. 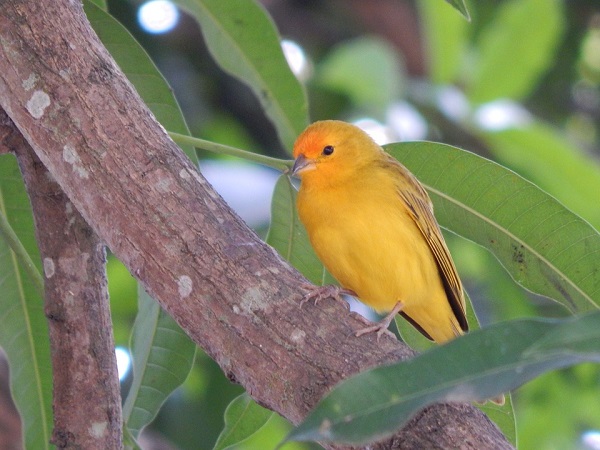 The crane is identified with the renewal of the body, mind, and spirit. Like the eagle in the Bible, it represents a rebirth. The crane is also symbolized as peaceful and blessed, as well as being immortal. 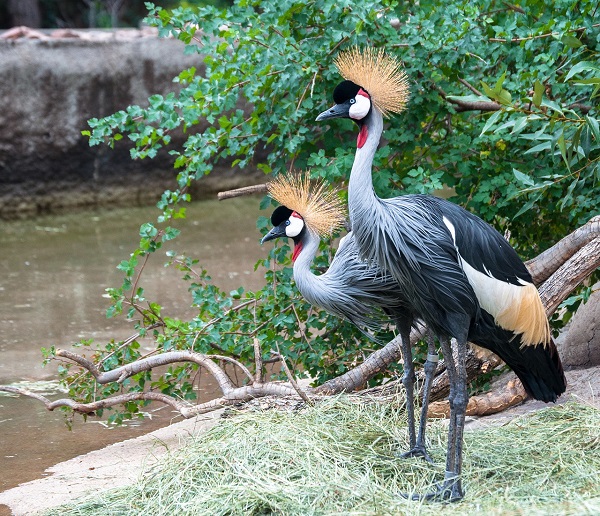 Another bird that symbolizes immortality is the peacock. In the bible, the peacock’s body was thought not to rot after the birds passing. Christians also assign great meaning to the peacock’s feathers, labeling its eye-like spots as the “All Seeing God”. 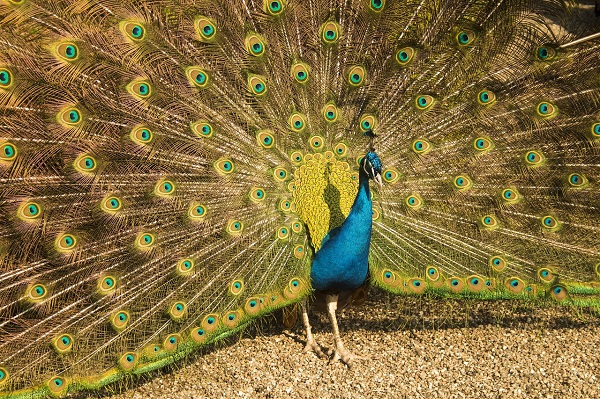 The sparrow is another feathered creature who has come to be identified with renewal. When we are reborn or renewed, we gain a new freedom like we’ve never experienced before. We are no longer bound by our old, limiting selves. We are free. 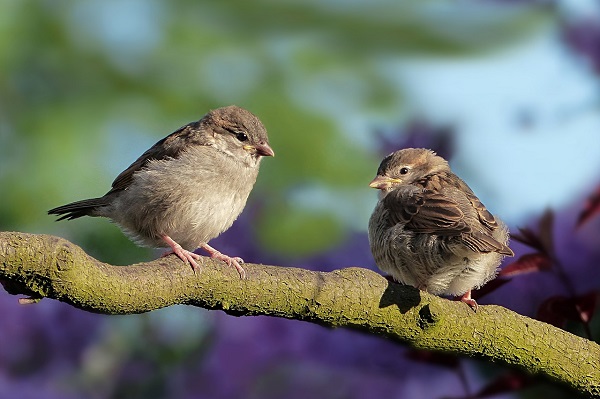 Heron’s symbolize a fierce independence, self-reliance, and free-will. The heron is seen as a bird that is powerful in making wise choices.

The albatross is a bird that represents freedom, taking long flights, and traveling incredible distances. The albatross is thought of as a freedom bird for its ability to travel to wherever it pleases. It is seen flying cross-continental, and across large spans of ocean to reach its destination. 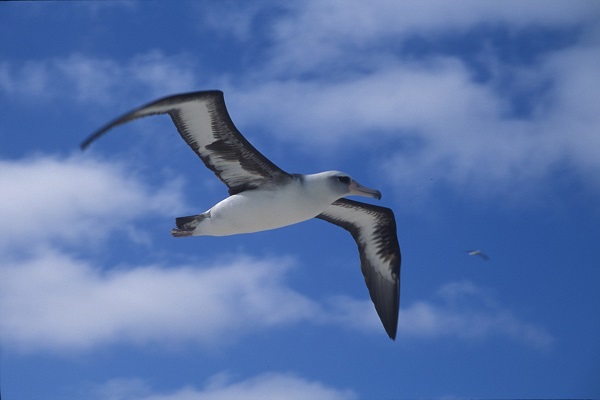 Parakeets could represent freedom, or they could represent being caged-in, if they are… well, caged in. Like the canary, to see a parakeet flying freely is a powerful symbol for freedom, just like the feelings it gives us whenever we see it.

The robin is yet another symbolic bird for renewal and rebirth. Robins acquired this meaning because they’re usually one of the first things we see making its way back out during spring time. 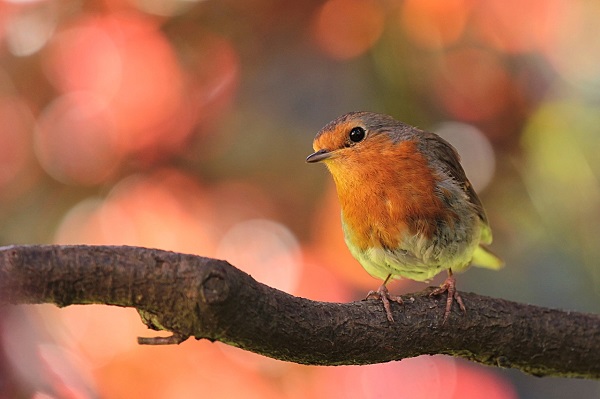 The dove might just be the freest bird of them all. The dove is depicted in the Bible as being the Holy Spirit itself. Other characteristics given to the dove are hope, strength, peace, and purity. 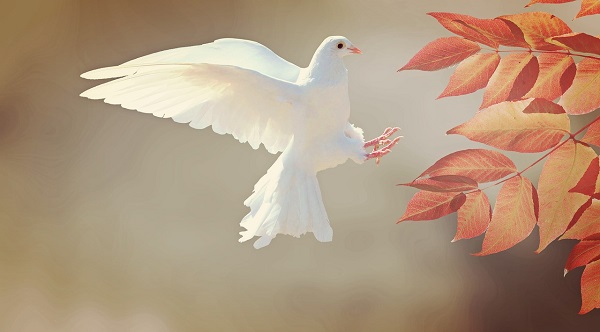 The phoenix is a mythical bird, but still one that represents freedom. The phoenix has died in a fire, only to rise from its ashes. The phoenix is used to symbolize a powerful rebirth, renewal, and immortality. 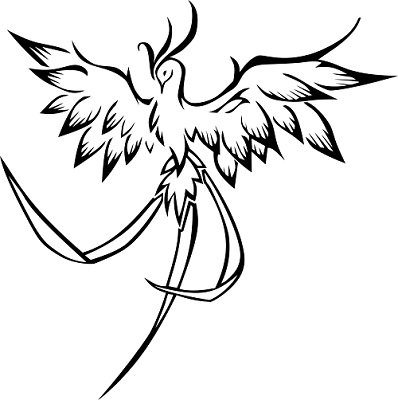 Birds are Thought of as Free, No Matter Where You Go

Many birds represent many things to many people. This is seen across the world and across cultures. And while birds all carry with them different meanings, in general, it could be said that birds represent freedom all across the board.

They are otherworldly creatures who are viewed as messengers from the heavens and other realms, for better or for worse. But one thing is for sure, we can’t deny thinking of being free whenever we see them.