You may wonder, such an insanely popular name must have a reason for being this way? Indeed, it does. And the answer lies in the spiritual meaning of the name Robert and its origins.

Whether Rob, Robby, Bob, Bobby, or Bert, the name Robert is a solid name through and through. One of the most popular names of the English speaking world, Robert has it’s origins in Germanic language, before being picked up by the Normans who carried it over to Great Britan – watching it spread throughout the world like a wildfire.

The name Robert finds its roots in the Germanic language, which was spoken in Northern Europe and Slavic countries, and translates over to its English variation from the Germanic “Hrodebert” – meaning “bright fame”. We can see this meaning in the breaking down of the name’s etymology. Hrod = fame and beraht = bright. This could be simplified as “famous”.

This lent the name to many historical figures who served as leaders, the name of kings of France, making it a popular name in historic times. This is reflected by figures such as Robert I of Normandy and “Robert the Magnificent” who was the Duke of France in the 11th century. The number of famous people today with the name Robert (or variations) is staggering.

Robert is a name of diplomacy. You receive great joy for working fairly with others. You need to have healthy connections in your relationships, at home, and at work. This would gear you towards choosing a profession where you can have frequent contact with others that goes beyond the surface level.

Your ability to deal with people is great as a result of your desire to connect with them, giving you a degree of compassion, insight into others, and a genuine need to help. These characteristics may lead you to worry a great deal. You would fair well in terms of business, diplomat, politics, salesman, counselor, therapist, or teacher.

The name Robert produces an easy-going nature. Because of your laid back and cool vibe, conflicts and aggressive behaviors don’t go over well with you at all. You much prefer balance and diplomacy in all your day-to-day dealings, at work, and home. At times you might be in the company of somebody who’s quick to temper and they’ve decided to take it out on you.

This is a situation that tends to make people with the name Robert uncomfortable. Because you are laid back, easy-going, and generally pleasant, which may open the door for others to take advantage of your good nature. Setting clear boundaries and continuing to be a good-natured person with pleasant demeanor may be the best course of action that a Robert can take. 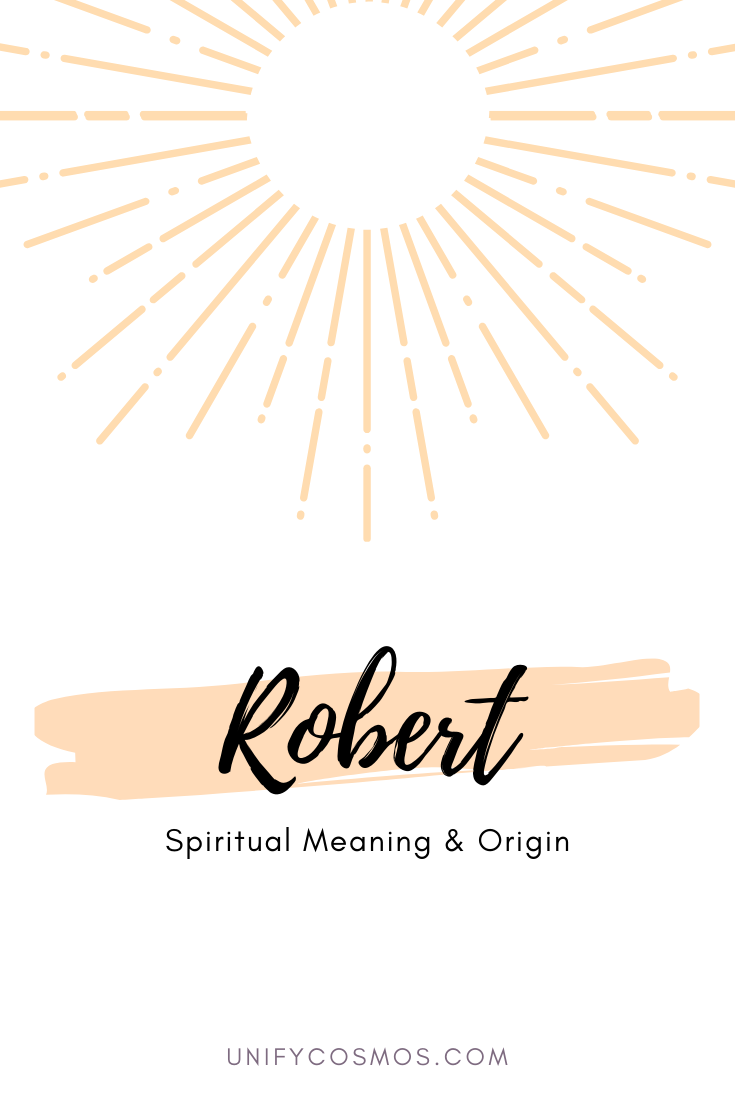 The Name Robert in Numerology

Your soul urge number is 3. The number 3 gears you towards artistic pursuits, which you have a strong desire to express, and having tons of charisma drawing many people to you. Not only are people drawn to you, you directly inspire and infect them with your joyful nature.

The number 3 makes you an extrovert. Even though you are easy-going and cheerful, you always speak your mind and not everyone likes that. That’s their problem, but you do have a tendency to push things too far sometimes, which then it becomes your own wrongdoing.

With the soul urge number 3, Robert, you are ripe for a profession in the arts, performing, music, acting, writing, and public speaking. You have a hard time with mechanical and subordinate work. Mundane tasks just aren’t your thing.

Your destiny number is 22. This means for you, Robert, that you’ve always known what you wanted to do in life. It could mean a mission you were sent here for and have had a clear understanding of it from a very young age. You are also familiar with your power and reach, thereby instilling the confidence within yourself to know that you can execute all of your goals.

People with this number are also hard-working and driven. Chances are high that you’re already a successful person. Roberts are disciplined and powerful. This makes Roberts a great CEO, doctors, and other high achieving professionals.

You have a dream number 1 which says that you are strong, boastful, and confident – a natural leader. You may not be this way deep down, but you get a kick out of presenting yourself confidently and aggressively. Whatever it may be, people see you as a leader, whether you like it or not.

The Name Robert in Modern Day

Because of the spiritual meaning of the name Robert, “bright fame”, or “famous”, it’s of no coincidence that more modern-day famous people than you can name sport the title Robert. Bob Dylan, Robert DeNiro, Robert Downey Jr., Bob Marley, and Robert Kennedy are just a few.

Other famous, “bright fame” people with the name Robert include: