Kevin the man with the name who is handsome from birth and the name of famous saints. Kevin is a popular name among the Irish, those of Irish descent, and many more. The spiritual meaning of the name Kevin is otherworldly, philosophical, intuitive, intellectual, and meditative.

It’s no wonder why the name Kevin remains as one of the top 100 boy names in the United States and beyond.

Origins of the Name Kevin

Kevin is an old Irish name derived from “Caoimhin”. The spiritual meaning of the name Kevin is generally thought of as “handsome”, but there is a lot more to the name Kevin than just what’s on the surface level.

In breaking down the Irish name Caoimhin’s entire etymology, we find that “coem” means “kind, “gentle, handsome” (sometimes said as “kind, truthful, handsome”). While the second half of the name, “gein” means “birth” So, in its entirety, the name Kevin translates to “kind, gentle (truthful), and handsome from birth”.

A notable famous Kevin from the early days was St. Caoimhin, or St. Kevin, who established a famous monastery in Ireland and was the patron saint of Dublin.

The Spiritual Meaning of the Name Kevin Character Analysis

Kevin’s highest achievements and successes in this life will come as a result of the service for others. With the name Kevin things can only go 1 of 2 ways, great success or great pain. The pain comes from selfishness and not living up to your life’s purpose of helping others. This is because you have great leadership qualities and potential.

Kevin is extremely intuitive, allowing you to be plugged into the wisdom of the ages and other worlds. Your intuitive abilities also give you insight into humanity’s suffering and how you can be of help to it. You tend to be drawn to mystery and the unknown. This could draw you to a place in spiritual leadership, occult practices, or other esoteric arts in which you would be a natural.

Your intuition doesn’t only plug you into the unseen, it gives you sharp insight into others. This is where your role as a spiritual leader could come into play. But to help others isn’t only restricted to spiritual pursuits, you might also find yourself excelling in business and the arts or sciences.

You’re not only a searcher for truth, but you’re also a finder and a possessor of it as well. This could make you a great detective. You are also intelligent, sharp, and analytical. This combined with your otherworldly abilities can be a combination of greatness, or it could lead to spending too much time alone in your head, isolation, and depression. 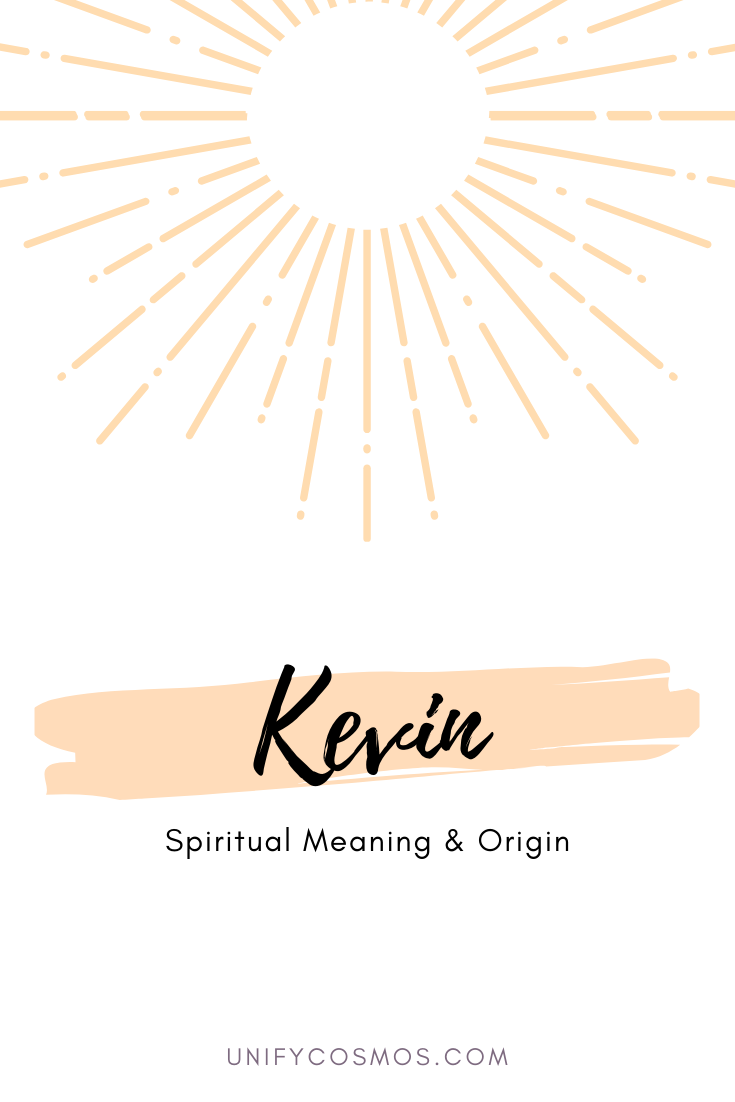 The Name Kevin in Numerology

People with the number 5 are constantly searching, making it difficult for them to be content with what they currently have.

You have an expression number of 7. This is the most spiritual number. 7 is the number of the soul and represents “spiritual victory” and many of Kevin’s aims in life will be directed towards this.

But this could also mean that Kevin will live a lot in his mind. This can also be a good thing if you used wisely and with discipline. Because you’re sharp, analytical, with strong abilities to process and relay information. When you can do this from a place of grounding you are a force to be reckoned with, Kevin.

This is the expression number of mystics, philosophers, and teachers. Helping others is a great solution to staying out of your head and becoming too introspective, which may be the cause of depression that you are also wired for. People with the number 7 are highly intuitive people.

Kevin has a destiny number of 7. This means that Kevin is an adventurer, first and foremost. You like to stay extremely active, not just physically but also mentally. With all of your energy, Kevin, it’s hard to pin you down sometimes. You can be rather moody and governed by your feelings, this results in being quick to rise to anger at times. You can be often misunderstood by others.

Kevin seems to value his freedom most and therefore respects the freedom of others as well. It should be said that routine and rigid schedules are not in your nature, although you do have a superb knack at managing your finances. You are as quick on your feet as you are in your mind, often coming up with solutions to life’s obstacles right on the spot.

You can be overly-sensitive at times, Kevin, or find it hard to relay your feelings verbally. Writing and other outlets of creativity serve you will in channeling your self-expression and for releasing inner-turmoil which will eventually cause problems if kept bottled up. You also find much peace and harmony in connecting with nature, which is a perfect match for your love with adventure and the outdoors.

The Name Kevin in Modern Day

Kevin is the 33rd most popular boy’s name in the United States, where an estimated 1,310,627 wear the name, most likely due to the high number of people in the nation of Irish descent.

The spiritual meaning of the name Kevin makes it a great name of the ages which will remain a top 100 name for baby boys being born around the world.