The ancient Greek name of Stephanie is the name of crowned royalty, taken on by many famous queens of history. Stephanie has always been a popular name historically and remains this way today. It’s safe to assume its staying power has to do with the spiritual meaning of Stephanie.

Let’s find out more about this name.

The Spiritual Meaning of the Name Stephanie and It’s Origins

Stephanie is a feminine name derived from the ancient Greek name, Stephanos (or Stephanas), which means “crown”. The spiritual meaning of the name Stephanie can also mean “the crowned one”.

Throughout history, Stephanie has been a name associated with Royalty in Europe.

Some of the histories famous and influential royalty members include:

Characteristics of the Name Stephanie

The characteristics of the name Stephanie are very cerebral. This means that she’s very intelligent and enjoys the mental engagement. Stephanie believes that everything needs to be run through examination and analysis first. She has a sharp mind and is highly intellectual. This makes her an excellent problem solver and drives her to figure out the “unknown” in life.

You are highly rational and practical and display great common sense. You have strong logic and can sometimes be seen as other as being apathetic.

This makes Stephanie a great pursuer of truth, possibly a mystic, occultist, or detective. Because of your strong cognitive abilities, you’re able to find solutions to many of life’s problems that others seem to have a more difficult time with. Stephanie is wildly independent and although she loves others, her personal space is important to her.

It’s true that you do need your privacy. Yet, you also love the limelight. Your alone time can be seen as a way for you to recharge so that you can go back to performing and entertaining others with your natural abilities to do so. Peace and serenity are of high value to you and you’re willing to put this above all else, even in front of helping others if you have to. 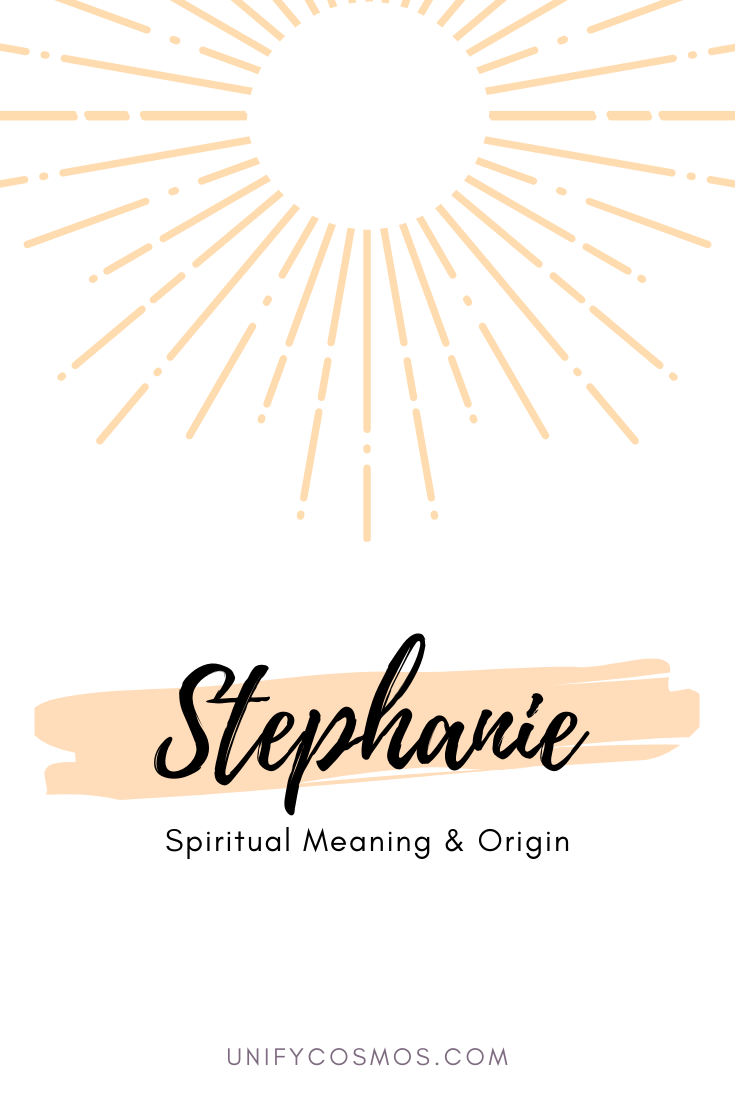 Expression number 7 is a highly spiritual number. Stephanie has a rich intellectual life. She is curious and enjoys learning new things about the world and beyond. This holds true for hard to grasp subjects and ideas, things that Stephanie is able to process and understand easier than others. The number 7 expression number says that you are both intellectual and spiritual.

This soul urge number deals with harmony, diplomacy, and balance. Because of these aspects, Stephanie will be easy to get along with. Others seem to love her and she loves people. The soul urge number 2 benefits most when they are helping others. In profession, this means taking on a teacher role or a helping career such as nursing. She also does well when working closely on projects with others. Stephanie is genuine and patient.

The Name Stephanie in Modern Day

The noble name of Stephanie was ranked the 318th most popular given girls name in 2018 in the United States. It’s a name that continues to be extremely popular due to his association with royalty and the deep spiritual meaning of the name Stephanie.