You are here: Home / Meditation Programs / The Linden Method Review – Does it really work?

In a bad place 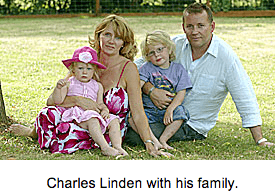 Winding the clock back to four weeks ago, I was in a very bad place. The bouts of anxiety that had plagued me since I was a 20-something were back with a vengeance since January of this year, and had really intensified leading into the start of June.

I had visited my doctor about it and he had prescribed me two different medications to help me through it, which were helping a little but not a lot. I was still getting up with the jitters, which usually intensified into a full-blown anxiety attack in the late morning or early afternoon and then by the evening it would usually, but not always, ease off into a more low-grade anxiety. I also had very pointed social anxiety, being very self-conscious and sensitive around others and in crowds of people. Not nice.

As with most things that I’ve ever tried for my anxiety, I’m loathe to tell even those close to me that I’m trying something new, lest I have to subsequently explain the reasons why yet another foray into therapy or pills was added to my “waste of time and money” pile. But Thomas Edison had to try many different substances before he struck on the ideal one for the filament of his new invention, the light bulb. So for me I see every failure as one step closer to success. Thus I always keep my eyes and ears open, and my intuition on high alert.

So on Sunday four weeks ago, I was helping my Dad record a webinar on his laptop, which was being run by Hay House Publishing (Charles Linden’s publishers, I think it was part of the “Hay House Summit 2013”), and the session he was listening to was an interview with Charles Linden himself, I noticed that he was talking about Anxiety Disorders, and quite eloquently so. I was in a hurry, so I just made a note in my phone, “Charles Linden anxiety”, with the intention to Google it a few days later.

Later in the week, when I found the Linden Method website, I read with great interest the information there, which is basically about Charles Linden and his story, and also some information to counteract the brainwashing that is there with most anxiety sufferers regarding their condition, which he maintains is not an illness.

The biology of Anxiety conditions

He talks about the crucial role of the Amygdala – the small organ in the brain that controls the “fear response” and which also determines the body’s baseline level of anxiety, and how this baseline is set to a high anxiety level in all those with an anxiety condition.

He writes about how the Amygdala, like other brain components, can be programmed and reprogrammed through a process of “Operant Conditioning” which is a fancy term describing how repetition causes the repeated action to become second-nature. This is effectively the core focus of The Linden Method, to reprogram the Amygdala to a baseline level of normal/no anxiety.

This is probably the one thing that intrigued me the most, that despite what the medical establishment say (they say that anxiety and depression are primarily biological illnesses), that even chronic, severe anxiety conditions can be completely and permanently cured using the behavioural therapy that is the Linden Method.

When I weighed up the information contained on his website – it made a lot of sense, plus it confirmed what I already suspected – that psychotherapy and other therapies that bring you back to “re-experience” traumatic life events – actually made the anxiety worse.

So I was quite curious and suspected that maybe Charles Linden had something of value that he could teach me, which could perhaps improve my life a little, and maybe even a lot. So I dived in and bought the digital download version of the product at $137 – which includes the Linden Method book in eBook/PDF format, all the audios (including relaxation audios), all the videos plus one year of email and telephone support.

Now when I say “all the audios and “all the videos” you may be thinking “oh no, not another product that takes ages to read/watch/listen to/that I’ll never finish”, well I was thinking that too, but thankfully there’s a little one-page PDF ebook called Welcome & Guidelines that tells you what to read & listen to first, no matter what type of anxiety or panic disorder you have (Charles Linden correctly, in my opinion, states that all anxiety conditions have the same root cause).

So, within one hour of getting the material, I was up and running, and had the gist of how the method worked.

Tested in the Field

The next day was a gorgeous summer day here, and there was a music festival that I wanted to go to close by where I live. I really wanted to go so I convinced some friends to come with me. When I got to the festival I could feel the anxiety coming on strong while I was sitting on the grass watching a band play on the stage.

Instead of agonizing to myself and thinking negatively, I thought of the Linden method, jumped up and put it into action. Within minutes the anxiety attack had been eliminated, and I got such a boost of energy and optimism from this, I felt great. I bumped into some old friends that I hadn’t seen in years, and instead of feeling anxious, insecure and self-conscious, I was confident, smiley and chatty. I had a fantastic day. This really gave me great confidence to continue to practice the Linden Method whenever I needed to.

Doing it perfectly (or not)

So these first few days I used the method a lot, and I was a bit more tired than usual each evening. I’m a bit of a perfectionist you see, so I spent every waking moment trying to implement the method – which is one primarily of focus – thus tiring myself. Looking back, I was in a bit of a rush, not necessary really.

Also, for the first week, to reassure myself and to really get the hang of it, I spent a few minutes each day referring back to the ebook or one of the (excellent) audios of Charles talking. I also used one of the included guided visualization meditation/relaxation audio sessions, lying on my bed with my headphones on. After a few days, I was content that I really had the hang of the method, despite my tendency to complicate matters :o.

Lo and behold, my anxiety became less and less each day!

So it’s been four weeks now since yesterday, and I’ve been very pleasantly surprised with my progress using this very smart program. In spite of my anxiety (!) that it wouldn’t work, it’s working! My anxiety is greatly diminished from the high level that it was at before I started using The Linden Method, it was a 7/10 or an 8/10 most of the time and now it’s down to a “normal” 1-2/10.

I would say that The Linden Method is simple, and fortunately (and crucially) it’s also very easy to do. I don’t know how many times I’ve been told by people that something was “easy” but it turned out to be, for me, downright impossible. I was skeptical but cautiously optimistic, to begin with because you must understand, I’ve used a lot of therapies with limited results.

Confident, for the first time in a long time

I’m confident about using the Linden Method to eliminate the remainder of any anxiety once I step down from the medication that I’m on. I’m going to taper down slowly so that I’m dealing with just a portion of it at any one time, and to minimize any physical withdrawal symptoms. Also, it has really gotten me thinking about how the Linden Method could be used to reprogram more resourceful behaviors and drop other bad habits in other areas of my life.

The Linden Method pack includes one year of phone and email support from their trained support team and also comes with a full year’s money-back guarantee, so it’s risk-free. All in all a good deal.